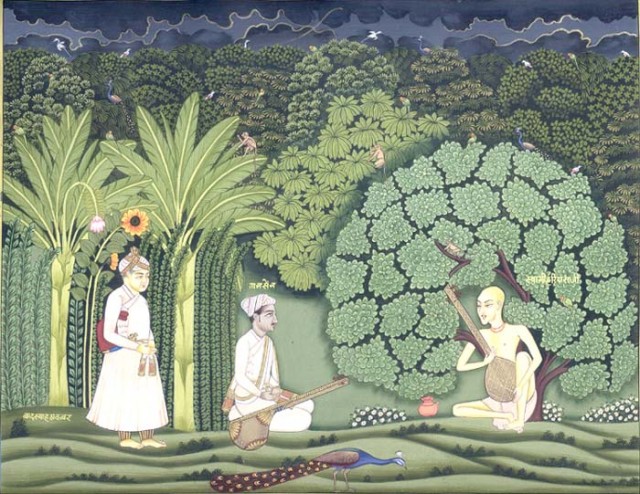 we adore that Brahman

That Limitless One without a second,

Who has brought forth the universe

Out of his own Self for all beings.

There is no song without the Nada

Nor music without it;

Without Nada there is no dance.

Indeed the whole universe itself is Nada.

Good and God’s morning ……  during the festival of colors called Holi ….and whenever I visit Virndavan  ….. the holy place  Lord Krishna and  Goddess Radha in north India …..always make it a holy pilgrimage to visit Nidhivan ….a garden where Lord Krishna along with Radha and female friends Gopis will dance on a full moonlit night a dance called MAHARASA  or eternal dance of bliss ….. but Nidhivan has a shrine of Swami Haridas ….. and sit there in silence just to listen that eternal music still there in timelessness and  to understand wisdom of silence …..

here is the story of Swami Haridas ….. the meaning of name is servant of lord Krishna ….. the eternal divine

In the royal Mogul court, the king Akbar ( 1542 – 1605 ) profusely greeted Tansen after one of the performances,

“Tansen, you sing so well, you handle your instrument so perfectly, your voice is so mesmerizing, I tend to believe you being the greatest musician of all times.”

Mian Tansen submitted humbly, “Respected Sir, it is a great honor to hear such kind words of encouragement, but the fact remains my music is nothing in comparision to that of my guru, Swami Haridas.” , living in Vrindavan, sitting on banks of river Yamuna  he sings in the praise of universal lord, cosmic couple in the name of Shyama Shyam,  Radha Krishna or, Priya Priyatam.”

Tansen said very humbly: “Please never compare me to my master. He is not a musician but music itself.” Akbar was intruigued, “Then I would like to hear him sing.” Tansen answered, “But he will never agree to come to the court to sing.” “Then we will go to him”, said Akbar. Tansen was still diffident, “My teacher sings of his own will and he won’t be happy if he is compelled to sing before the emperor”. But Akbar was determined, “Then I will come with you, disguised as your servant.”

So, Tansen and Akbar travelled far where the sage lived in a hut, his temple of music. The sage received Tansen, his former pupil, and his servant Akbar, with love and affection. He listened to their request but remained silent. Three days passed.

Then one day, just before sunrise, Swami Haridas began to sing. Akbar and Tansen were spellbound. It seemed as if the sound had no beginning and no end, as if the trees, the stones, and all the living creatures had turned into music and forgotten themselves.

After some time, when the spell was broken Akbar and Tansen found that they were alone in the hut. Swami Haridas was nowhere to been seen. “Where is he?” asked Akbar. “He has left this place forever, fearing that we may come again and trouble him, “replied Tansen sadly. They turned to the palace, silent and withdrawn.

Several days passed but Akbar never forgot the effect the song had had on him.

One day he asked Tansen whether he knew the raga and the song that Swami Haridas had sung. “Yes, I learnt it from him”, replied Tansen. At Akbar’s request, Tansen sat down and sang the raga as only he could. But Akbar’s heart was not satisfied, “Tansen, you sang beautifully. But still, why is it not the same as when Swami Haridas sang”.

Tansen answered softly and humbly, “My lord, I sing for you, the emperor among men. But my master sings only for the lord and creator of the entire universe. Herein lies the difference.

“From the enlightenment of music comes the wisdom

Love all.
(c) ram0ram ….freedom to right copy and share 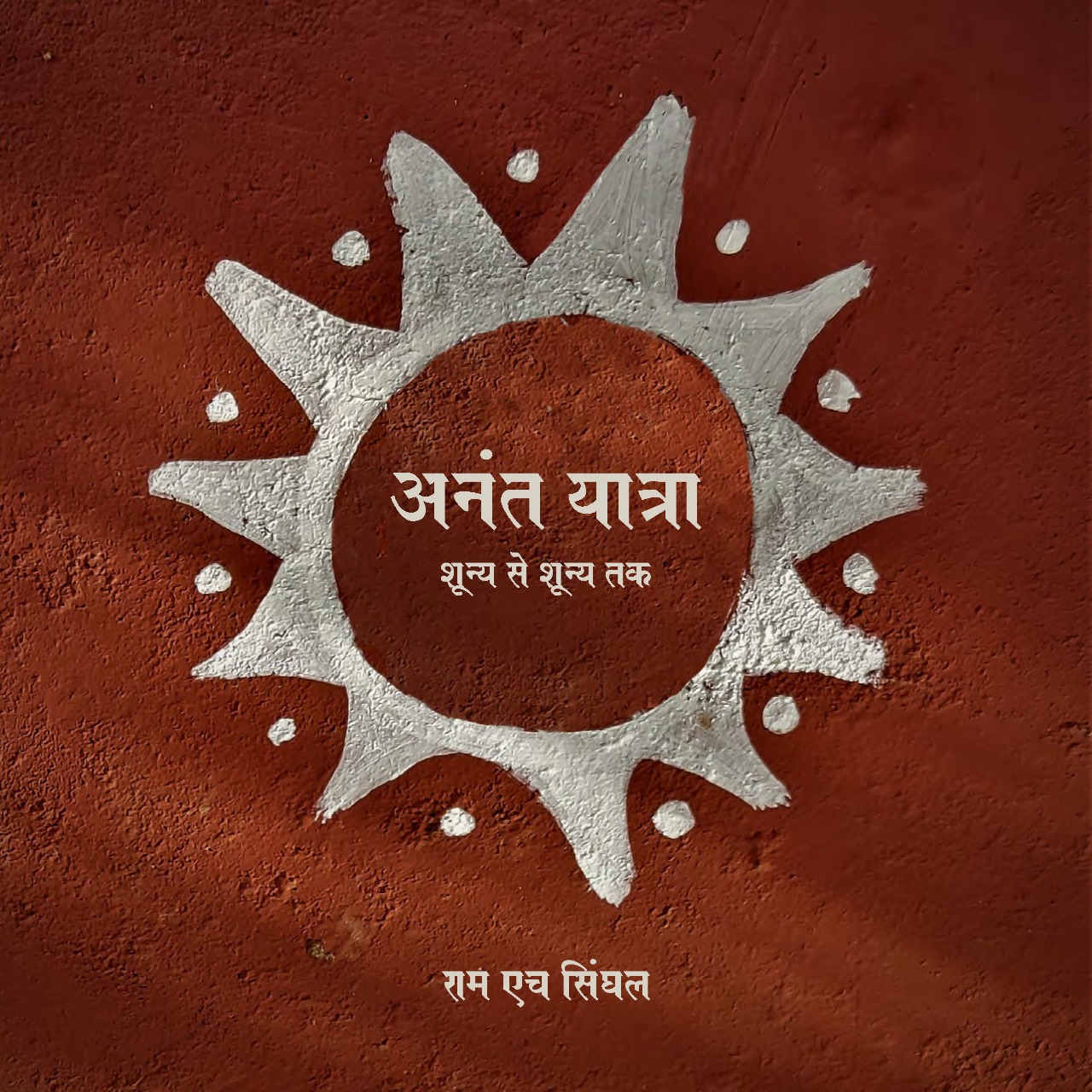 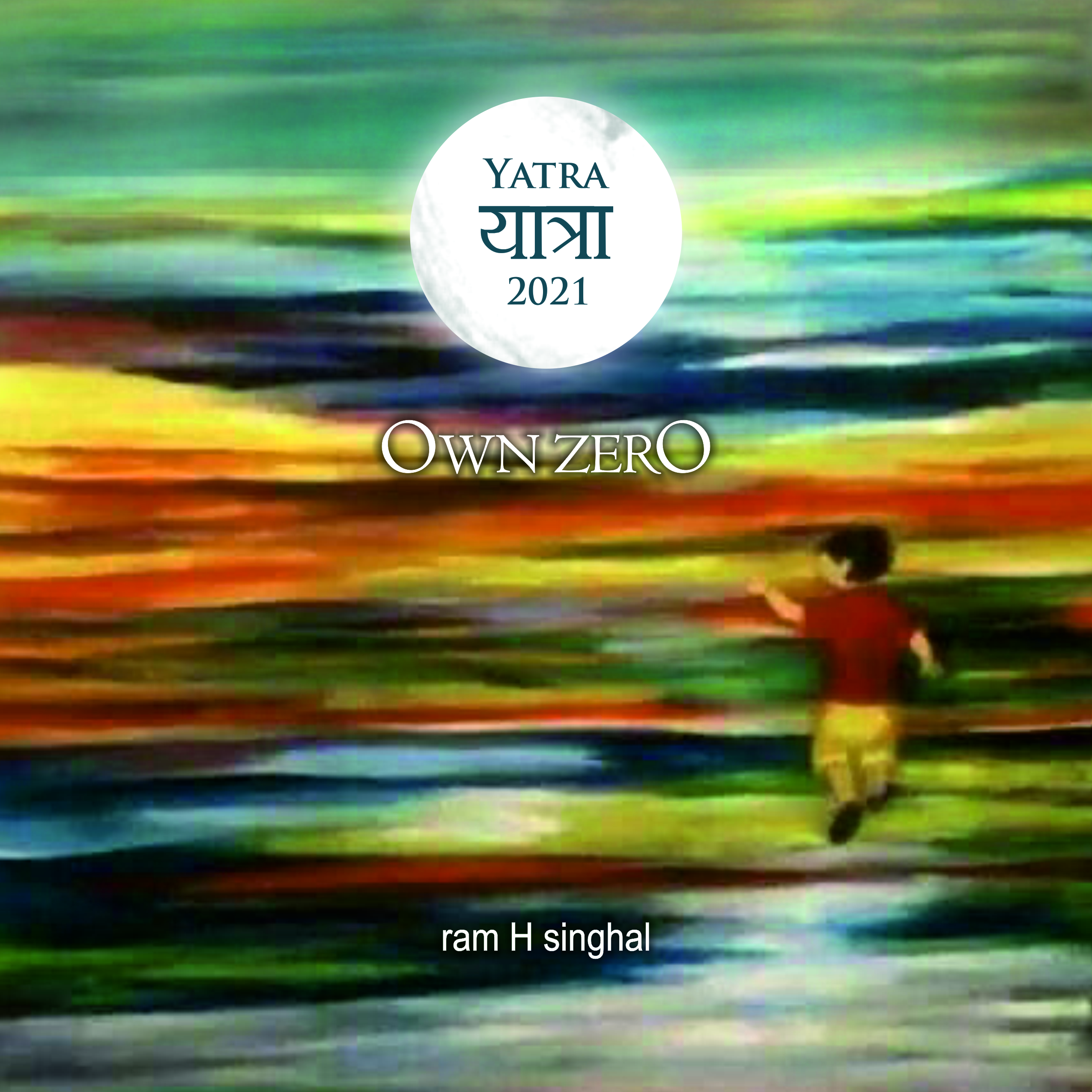